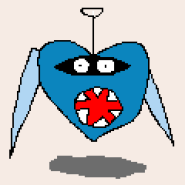 Based in Washington, D.C. Elizabeth Shogren covers how major Western issues play out on the national stage. Her stories explore and explain the many ways that politicians, federal agencies, government policies and nonprofit groups affect Westerners' daily lives. As a Moscow correspondent for the Los Angeles Times, Elizabeth was pressed into the tank that Russian President Boris Yeltsin famously climbed on top of during a 1991 coup. Later, when she was a White House correspondent, President Clinton told her how it felt to be impeached:"Not bad." Elizabeth was lured to the environment beat for the LA Times Washington bureau because of her infatuation with the landscapes she encountered hiking and skiing in Utah and Wyoming. For the past decade, she was NPR's environment correspondent. She covered the 2010 BP oil spill, climate change and endangered species. She examined toxic air pollution -- impact on communities and the impacts of air pollution from the US drilling boom. When she's not reporting, Elizabeth enjoys cross country and telemark skiing, especially in the backcountry in places like like Yosemite, Yellowstone, the Teton Range and the Canadian Rockies. Her weekend wilderness getaway is in Virginia's Shenandoah National Park, where she hikes up riverbeds with her son and entertains family and friends in their 250-year-old log cabin.

Prepping for a Hotter Future

Gonzalez walks the walk for climate action in national parks By Elizabeth Shogren High Country News The first unmistakable sign of climate change Patrick Gonzalez ever saw in the field was in Senegal. It was a dead tree — Prosopis Africana or, as the locals…