Bringing Outdoor Rec to the Hopi

Marshall Masayesva is lying on his side in a dandelion-sprinkled lawn, clutching his stomach and groaning as if someone’s sticking a knife into it. A clean-cut, athletic 28-year-old who recently founded an outdoor education organization called Adventures for Hopi, Masayesva isn’t actually hurt — he’s feigning appendicitis to learn how to recognize its symptoms in the backcountry.

Masayesva and two other Adventures for Hopi guides are gearing up for summer by taking a wilderness medicine course in Durango, Colorado, a town where 5-year-olds cruise around on $400 mountain bikes and kayaking is as integral to the local culture as wine is to Napa. But Masayesva, a 2014 graduate of Durango’s Fort Lewis College, says that he and other Native Americans have felt largely left out of such activities.

Though there aren’t formal statistics on Native American participation in outdoor recreation, anecdotal evidence suggests it’s low. When Masayesva surveyed 40 Native American students in ultra-outdoorsy Durango, for example, he discovered that 36 had never been camping. And according to Navajo river guide Nikki Cooley, fewer than 3 percent of San Juan and Colorado river guides are Native American, even though those two rivers, both regarded as sacred, flow through several reservations.

Part of the reason, Masayesva explains, is that outdoor sports are marketed to white people: You rarely see a Native American dude hanging off a boulder in a Patagonia catalog. “And there’s obviously a socio-economic barrier, too,” he adds. “You’ve gotta have this nice jacket, you’ve gotta have these $60 trekking poles. … It’s marketed as you’ve gotta have money to do this.”

Masayesva grew up herding sheep near the village of Bacavi, on Arizona’s Hopi Reservation. He loved being outside and had no shortage of backcountry skills, but the first time he went backpacking, as a college student with an Arizona conservation corps, he was humiliated: Everyone else had fancy packs and was eating quinoa; he showed up with an old backpack stuffed with ramen noodles. But he wasn’t deterred. “The Ancestral Puebloans were amazing climbers,” he says. “Native Alaskans made some of the first kayaks. It’s not that we can’t do this.”

The backpacking trip inspired Masayesva to switch his major from environmental biology to adventure education, and with the help of an Anglo mentor named Jason Hotchkiss, he started a Native American Outdoors Club. The first few outings were full of mishaps — once they were forced to rappel into a Utah canyon in the dark during a snowstorm— but everyone survived. “I didn’t have the experience to be leading those trips,” Masayesva says with a grin. “But I did it anyway.”

After graduating, Masayesva returned to the reservation to start a nonprofit to get more Hopi kids outside and to train Hopi guides to take them out. Hotchkiss says providing Native American role models who can introduce Native American kids to the daunting, white-dominated world of adventure sports fills a huge need. In fact, he was in the midst of starting something similar when his wife, who was Southern Ute, died in 2009, indefinitely grounding the project. With the exception of a Southwest Conservation Corps group called Ancestral Lands, which combines recreation with environmental service projects, there are few, if any, remaining projects in the Southwest that connect Native Americans with outdoor sports. Nikki Cooley ran a Native American River Guide Training, which certified some 50 raft guides to lead river trips through landscapes to which they have cultural ties, but that program fizzled out after she had children.

Masayesva is picking up the reins. In September 2014, he launched Adventures for Hopi. In 2015, it won a $10,000 grant from Keen footwear, which he used to buy gear and train a few guides. But the first year was a flop. He tried to entice kids with pictures of himself and other Hopi rappelling off cliffs. “And parents were like, ‘You’re going to do what with my kids?’ ”

This year, he promoted more approachable activities and is excited about the interest they’ve received. He’s running outdoor summer school programs, facilitating parent-child climbing days, and leading a weeklong kayaking trip on Lake Powell. Students can participate for free in exchange for community service on the reservation. And after two years, Masayesva is finally writing himself his first paycheck, though his guides have been paid all along.

Masayesva’s programs also include cultural components, biology lessons and job skills training. His goals are lofty: not to just get kids outside, but to incorporate outdoor recreation into reservation culture, sparking economic development. Adventures for Hopi is “just the seed for a much bigger vision that Marshall has,” says Hotchkiss. “I’m pretty sure he’s a superhero.”

This story originally appeared in the print edition of High Country News.

'Spokesperson for the Dead' 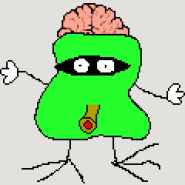 After years of transience, Krista Langlois started out as an HCN intern in 2013 and has stuck around western Colorado ever since. Now a correspondent for the magazine, she writes from her home outside Durango. She's also written for Slate, Alaska magazine, Adventure Journal and elsewhere. When not glued to a computer screen, she can usually be found upside down in a river somewhere, attempting to kayak.