The history of the West is strewn with the sad stories of leaders who signed unfair treaties with Native Americans in order to steal their land. They trampled Native cultures and environments in their greedy quest for wealth. Will this tradition of abuse continue during the waning days of the Obama administration?

Weeks have passed since President Obama spoke about the possibility of diverting the pipeline. But the hope that Obama will “ride to the rescue” and stop the pipeline is dissipating. Meanwhile, the “water protectors” are prepared to stay throughout the bone-cold Dakota winter even as the police pressure on them escalates.

The Sioux have asked for people, Indian and non-Indian, to come and join them in their vigil to prevent the probable contamination of the water that they and many others depend upon. They have also asked for food and clothing to help them through the winter.

Many, many communities have responded, including people in my community, recently described in The New York Times as the “small, quirky town of Port Townsend, Washington.” There was a march through downtown by more than 100 people in support of Standing Rock. A few days later, a benefit variety show attended by 400-500 locals raised $20,000 to support security and medical teams at Standing Rock. Then a few days ago, about 50 Port Townsend representatives and members of the Klallam Tribe left for Standing Rock, loaded with supplies. They arrived safely at the Sacred Stone camp where thousands of people are already gathered, and thousands more are headed for the camp for what may turn out to be a major confrontation with federal officials on Dec. 5.

Meanwhile, people took a stand on Nov. 15 with nationwide demonstrations outside Army Corps of Engineers offices and the banks funding the pipeline. Vermont Sen. Bernie Sanders spoke outside the White House in support of Standing Rock, asking Obama to stop the pipeline and consider declaring the land in question a national monument. The silence from elected officials in the West, however, is deafening.

The pipeline has been “protected” by a multi-state police force acting as armed corporate security. They use military-grade anti-riot technology with drones and helicopters buzzing like mosquitos in the air. The police force ($8 million spent so far by North Dakota) has been supplemented by private security firms — “hired guns” — with dogs attacking nonviolent Native Americans. Crop-dusters have sprayed Standing Rock encampments with pesticides. Police use rubber bullets and spray tear gas and Mace from large canisters. Most recently, water cannons caused hundreds of nonviolent protesters to seek medical attention for hypothermia.

These are tactics of warfare used to disrupt a dangerous enemy. This does not sound like the America I came to as a child, fleeing both fascism and a communist dictatorship. It also brings back flashbacks and images of the American South, with civil rights advocates and black residents the targets of police brutality until the National Guard was finally sent in to put a stop to it.

If, as people or communities, we just stand by, we will be like the Europeans who lived near prisons and concentration camps during World War II. These people simply closed their windows when they saw trainloads of prisoners arrive, heard their tortured screams, or smelled the stench from the gas chambers. Later, after the war, these residents claimed to know nothing of what was happening nearby.

Supporters going to Standing Rock now join representatives from more than 300 tribal nations in what is said to be the largest gathering of tribes in our Western history. Leaders of 28 Indian nations in my state of Washington have written President Obama asking him to reroute the pipeline, saying that Native peoples have been repeatedly shoved aside for profit, and that this must stop. The escalating police attacks, military tactics and techniques of constant light and loud noise only bring shame on the Obama administration in its waning days, and on us as a nation.

Gundars Rudzitis is a contributor to Writers on the Range, the opinion service of High Country News. 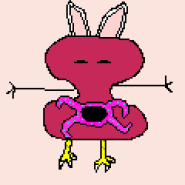