Four years ago this October, President Barack Obama traveled to the very small town of Keene, California, in the foothills of the Tehachapi Mountains. This is the place where my father lived and labored during the last 25 years of his life. President Obama had come to dedicate the César E. Chávez National Monument, the 398th unit of the National Park Service, and the first to honor a contemporary Latino figure. Just a few weeks before the anniversary of that event later this year, Americans will celebrate a monumental 100th birthday, the centennial of the National Park Service.

These two milestones are worth applauding. Our national parks, in the words of Ken Burns in his PBS documentary, may well be “America’s best idea,” and celebrating them offers us the chance to reflect on this country’s leadership throughout the world in conservation. The Chávez national monument also provides a glimpse into what the second century of American conservation could look like.

For generations to come, the Chávez national monument recognizes my father’s legacy in building the United Farmworkers Union that still works to remedy abuses of farm workers. The monument shows visitors how he built a movement that confronted the exploitation and prejudice that farm workers and other poor people faced. The monument celebrates the boycotts, fasts, marches and protests that inspired millions of Latinos and other Americans from all walks of life to become involved in social and political activism. Many of the people who responded to the organizing struggle of César Chávez had never worked on a farm and never knew what it was like to work in production agriculture. The monument also tells how my father tried to create a community of people to practice the values he cherished, values such as nonviolence, self-sacrifice and service to others.

Until recently, when it came to memorializing this country’s historical figures or protecting locally relevant outdoor treasures, Latinos were largely overlooked. Of all of our national monuments, only a tiny fraction pay tribute to the Latino men and women who helped build this country. If the Park Service’s mission is preserving and telling an inclusive story of America, then the Chávez national monument — which was championed by former Interior Secretary Ken Salazar – is only a beginning in recognizing the important role of Latinos in our nation.

President Obama has demonstrated much-needed leadership in celebrating how Latinos and other minorities helped shape American history. But the President has also protected huge landscapes that are relevant to Latino and black history. The list includes Organ Mountains-Desert Peaks National Monument and Rio Grande Del Norte National Monument in New Mexico. The president also championed much-needed protection for the San Gabriel Mountains in Southern California, which supply 70 percent of Los Angeles County’s open space. Monuments to preserve civil rights history like Pullman National Monument in Chicago and Harriet Tubman Underground Railroad National Monument in Maryland are other examples of the president acting to preserve and tell the tale of our diverse and complex past.

When we mark this year’s National Park Service centennial, we should not only revel in past successes that protected unique lands, but also consider the next 100 years of American conservation. The César Chávez National Monument and other monuments designated by the President under the Antiquities Act show us ways to expand that new path forward.

President Obama has inaugurated a model that emphasizes conserving places that protect significant but little celebrated American stories, not just significant and magnificent American lands. When conservation is used this way, as a tool to expand understanding of our history and of each other – especially the minority populations that remain underrepresented in the public lands – then our national parks, monuments and other protected lands will truly reflect America.

This piece is part of Writers on the Range from High Country News.

No, National Parks Are Not America’s 'Best Idea' 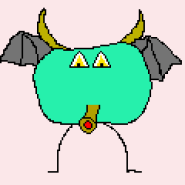 Paul F. Chavez is a contributor to Writers on the Range, the opinion service of High Country News (hcn.org). He is president of the Cesar Chavez Foundation, which partners with the National Park Service in managing the César E. Chávez National Monument in California.